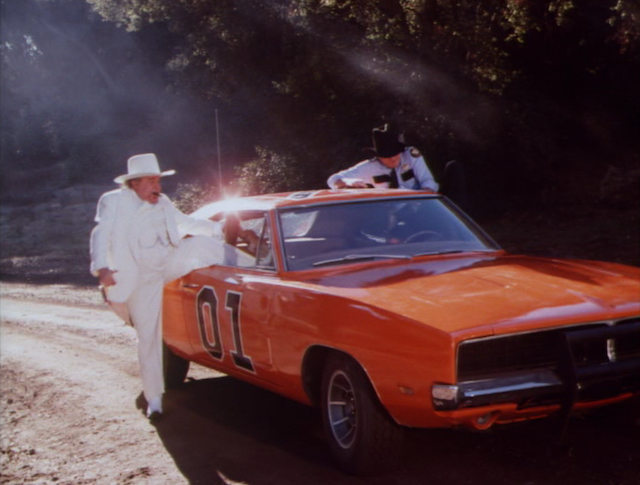 Welcome to Episode #67 of the Kibbe and Finnegan show! If you’re new to the show, Mike Finnegan and I have taken our Dukes of Hazzard fandom and turned it into a full fledged automotive podcast Gong Show of sorts, completed with a full episode review from The Dukes of Hazzard. It’s every 40-year-old’s dream, right?

OK, two big things to share in this one. First, we’re now LIVE on Patreon! We have every desire to continue to do – and build – this show, and as we shared in the show….it hasn’t gone quite to plan. But, a number of you have awesomely offered (and even asked) to support the show directly, and Patreon is the best way that we know how to do it. So beginning today our Patreon account is live here: www.patreon.com/kfshow.  You can choose from the three levels of support you’d like to do and we’ll be putting together something cool for those that choose to go this direct route! We’re building this airline as we fly it (or as we jump it). Maybe this is the point where things can go to that next level.

Here’s the second big thing; we just finished our review of the final episode of Season 3 of the Dukes. This episode is likely both the first and lat time that Julius Caeser will be referenced as a connection to the plot of the story (not a joke). Apparently a vase was commissioned by Cleopatra, it ended up in Hazzard County, and a fancy-pants art collector brings Sgt Tackleberry from the Police Academy movies to come get it. This somehow leads to Daisy giving Cooter flowers for his birthday, Rosco and Boss jumping the General Lee backwards down a cliff, and everything working out great in the end. And a widow gets her mortgage paid in there somewhere too. 10-corndogs all around.

The episode starts off with the same General Lee that we’ve seen over the last few episodes, which has the painted over rocker moldings.

– 28:20 – After Bo and Luke stop by widow Partridge’s house to read the diary… and they are getting in the General Lee… this is a good example of the brown spray dyed interior. You can clearly tell that it was dyed because you can see the passenger seat and upper door pad were peeling.

– 37:44 – When Rosco and Boss are chasing the bad guys, after they took the crock, you can clearly see a stunt dummy sitting in the passenger seat of the black/silver Pontiac.

– 44:38 – When the three cars started backing down the hill… remember, it was The General Lee, Rosco’s car, and the bad guy’s Pontiac. On the way up the hill, the police car was wearing the correct 83522 Rosco plate… on the way down it was wearing Cletus’ 83502 plate.

I give this episode an 8. The stunts were pretty cool and the storyline was good.

MeUndies is back to sponsor this episode…and just in comfort ball cuddling time! To get your 20% off, Free Shipping AND their 100% Satisfaction Guarantee and get the best and softest underwear you will ever own, go to MeUndies.com/kafs! Trust us. Get the ones with the crotch pouch. You won’t regret it. 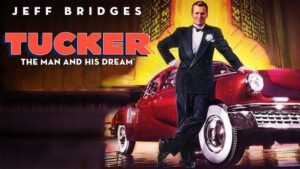 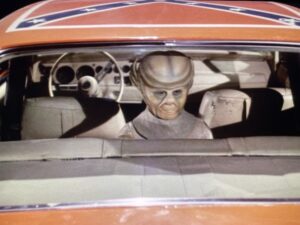 Pro Touring #47{The Pro-Touring Fab Four Talk About Their One Lap of America Experience TOGETHER: Part 2 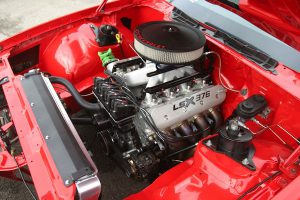 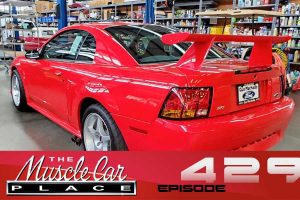