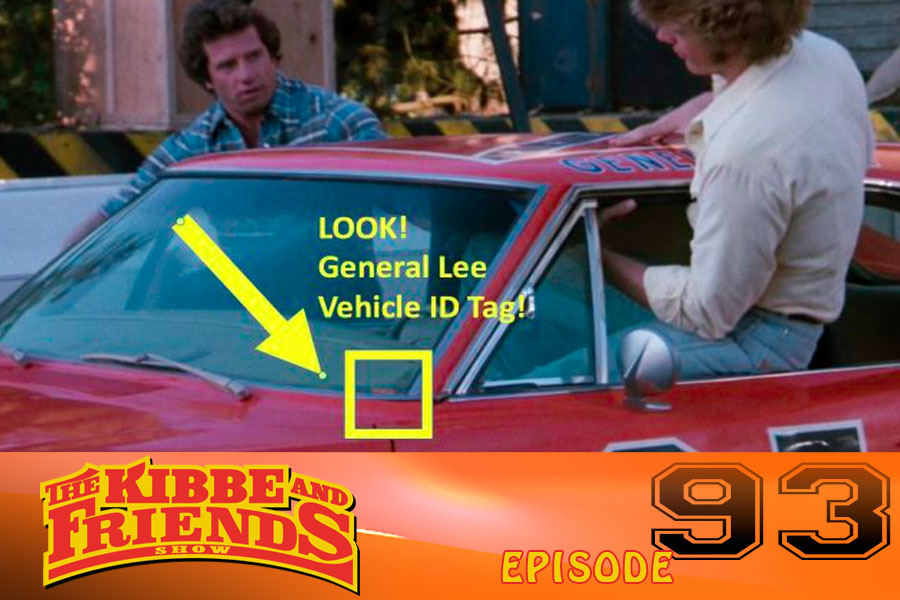 Welcome to Episode #93 of the Kibbe and Finnegan show! If you’re new to the show, Mike Finnegan and I have taken our Dukes of Hazzard fandom and turned it into a full fledged automotive podcast Gong Show of sorts, completed with a full episode review from The Dukes of Hazzard. It’s every 40-year-old’s dream, right?

It’s Christmas, and if you aren’t wearing MicroModal fabric next to your most of delicate nether region, you’re robbing yourself. If your downstairs could file a formal complaint, it would. BUT, fear not for we bring you tidings of great joy – and it shall come in fun undies with Christmas prints too! Just head to MeUndies.com/kafs and pick out a holiday treat for yourself early! Guaranteed for fun, fashion, and comfiness or your money back. Plus, it helps our show! To get 15% off your first pair, free shipping, AND their 100% Satisfaction Guarantee and get the best and softest underwear you will ever own, go to MeUndies.com/kafs!

Did you catch the November edition of our Patreon show? That’s where we reveal everything…and that’s the one where Mike announced he was leaving the show. Boo! But…the show is going on though, Mike will be back from time to time, and Patreon is how to keep the train rolling. To get in on the action and support the show with a minor financial contribution just click the link below to sign up and get started! We have $1, $2, $5 , and $10 monthly options available.. By far, the $5 is the biggest winner so far! And as always – YOU ROCK!!

This is the episode of the Dukes that is not famous for anything. Daisy whispers sweet nothings into Cletus’ ear to get Bo and Luke out of a ticket, leading him to think that she both loves him and wants to marry him. She wants none of that. Then Sheriff Little shows up and tries to kill Bo & Luke. Later a guy throws some pies. Then Bo and Luke go to jail for passing a bad check which of course was a forged check by Boss Hogg. By the end of the show everything is fine again. Fin.

Not a lot to pull from this episode, but there were a few interesting nuggets here and there.

When Boss Hogg is sitting at his desk, and is trying to come up with a way to frame the Dukes, he looks down at some “Wanted” profiles laying in front of him.  He takes notice of one for William Bailey who is wanted for passing bad checks. What really caught my attention was that it said William was 32yrs old, and was born in 1912… which would have actually made this prop slightly out of date (1944).  I also noticed that his date of birth was April 15, 1912… the same day the Titanic sunk.

When Bo and Luke are loading up the back of the General Lee with bags of corn seed, when they climb in the car, you can see a little red label on the lower corner of the windshield.

When Boss Hogg is making his changes to the check, to read $1100.00, the check was dated Oct. 20, 1981.  This is likely about the same time that this episode was actually filmed.

There were multiple scenes where stuntman Al Wyatt Jr. tries his hardest to deliver a tray of pies without being run over by all of the Hazzard traffic.  During one of the scenes, stuntman Jerry Summers is driving the Rosco police car. Event thought they are spaced out throughout the episode, all of the shots were shot one right after the other.  You can see the same cars and extras in the background on every shot. Also, one of the background vehicles is a sweet lifted ’70s Dodge van that is orange, has a pushbar on it, and even sporting a set of 10-spoke Vectors as well.

Still reading, still love Dukes trivia, and still feel like spending money on the people you love most? Or, maybe us? Terrific! Sign up now to be a monthly sponsor of the show on Patreon! We put out a special episode of the show each month just to Patreon members – plus dish out all the stuff that can’t go out on the airwaves. Big changes are coming in 2019. This is where you’ll hear about it all first. 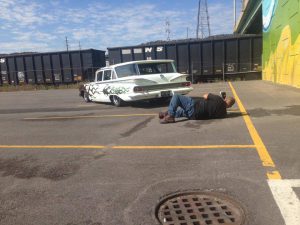