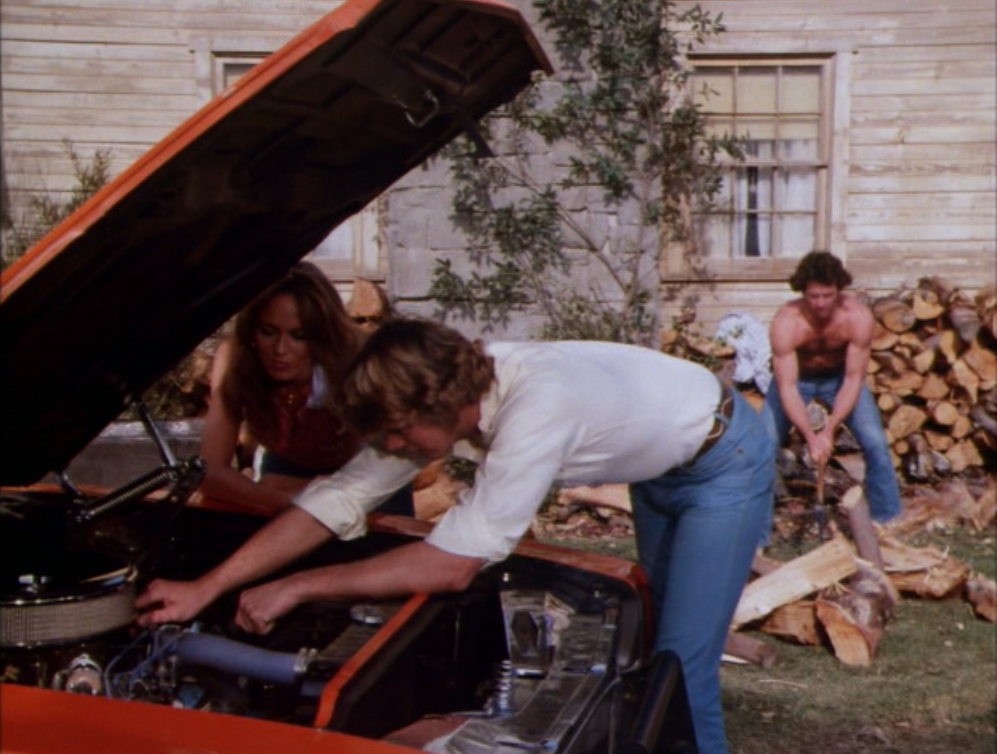 Welcome to Episode #53 of the Kibbe and Finnegan show! If you’re new to the show, Mike Finnegan and I have taken our Dukes of Hazzard fandom and turned it into a full fledged automotive podcast Gong Show of sorts, completed with a full episode review from The Dukes of Hazzard. It’s every 40-year-old’s dream, right?

If you would like to support the show in a really tangible way (i.e. to buy something), please consider purchasing one. We chose the best American Apparel super-cuddly shirt as the base, and the design is a one-off by our own pal Kirk. Visit KFSHOWSHIRTS.COM

to pick one up!

Available to order until Dec 25.

In the universe there are several truths, but near the top is this one: this is one of the GREATEST episodes of the Dukes of Hazzard, EVER! In this action packed, car flying, testosterone filled episode we find Bo and Luke pitted in a race against each other for the first time ever. Why? Cooter did something dumb and built a race car on credit (i.e. he was highly leveraged) with hopes to flip it for a profit. Then something bad happened, Uncle Jesse made Luke drive it instead against Bo and the General Lee, and hilarity ensues from there. Somehow Boss gets involved to profit from it, Rosco learns about the awesome of nitrous oxide, and the General saves the day by racing backwards. It’s perfect. 10 out of 10 corndogs!

This was always one of my favorite Dukes episodes. It would have to be somewhere in the Top 5 (for me). The episode is slam FULL of car chases and stunts. There were so many jumps, crashes, pipe ramp jumps… I lost count. Better yet… the whole episode was based around cars and racing. Al Wyatt Jr. got plenty of air time doing stunts AND playing the role of Junior. On top of of all of this… I have Sorrell Booke’s personal script for the episode!

So… a couple things that I wanted to point out from this episode…
8:24 – When Ma Harper is shuffling the cards, you might notice that someone else’s hands were used for the scene. I never heard for certain but John Schneider grew up doing magic shows and card tricks. It wouldn’t surprise me if these were actually his hands.

23:44 – When Bo walks out of the house and finds Luke under the hood of the General Lee… I believe this is the first time we see one of the designated “Hero” General Lees. This car is more than likely WGL 1 (owned by Wayne Wooten) or WGL 2 (still owned by Warner Brothers and is in storage). Notice the chrome hood hinges, chrome upper grille / latch tray, blue radiator hoses (heavy duty hoses that were removed from the 440 powered police cars), braided fuel lines, blue plug wires, and polished upper tank on the radiator. These cars would continue to be used for the majority of the detailed engine shots from here on out.

29:40 – When Bo and Luke jump the General Lee, while pursuing Ma Harper in Cooter’s car, you can see the camera hanging off the driver side of the car.

34:18 – When Luke warns Bo about the drop-off, and the General Lee smacks the ground, this a was fairly violent landing. You can actually see the tail end of the car kicked up in the air from the impact.

46:18 – When Bo say’s that his forward gears are out, and he puts the car in reverse, you can see that this car is an R/T from the badge on the tail light panel.

The first two photos that I am attaching… I sent these last week, because in the background you can see the police car that was cut in half (from “The Legacy”). The two General Lee’s that you see here were used a lot through out “Duke vs. Duke”. Notice the R/T that is on the left still has the damage to the rear valance panel. There was also another ’69 Charger frequently used in this episode… and it sticks out a lot. You will notice painted rocker trim moldings on that car. 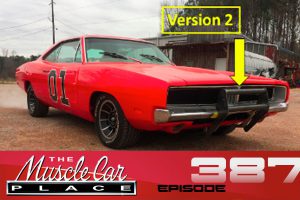 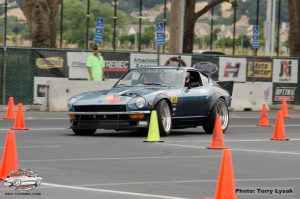