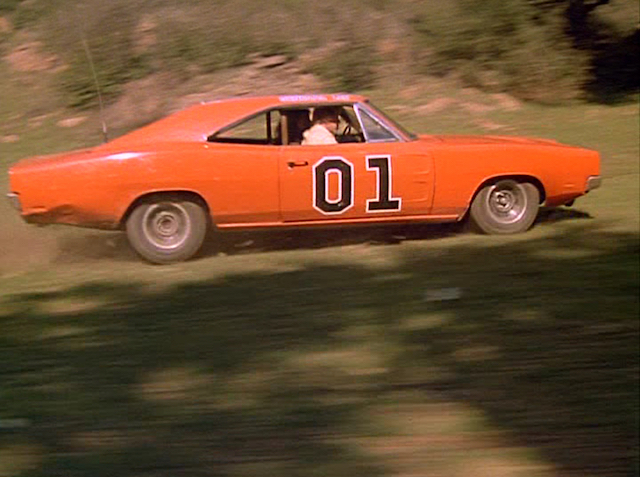 Welcome to Episode #34 of the Kibbe and Finnegan show! If you’re new to the show, Mike Finnegan and I have taken our Dukes of Hazzard fandom and turned it into a full fledged automotive podcast Gong Show of sorts, completed with a full episode review from The Dukes of Hazzard. It’s every 40-year-old’s dream, right?

-If there’s any car that looks cooler than the General Lee with a coffin hanging out the back, I haven’t seen it.

-10:22 mark – the little alley way the van slides down is gone now and when the police car hits the cars a gigantic studio light is fully visible, plus the ladder next to it that the guy used to put the light up. I love these sloppy production seasons so much. Looser morals, crappy Generals, and zany hijinks.

-Rosco got a welcome return back from his hiatus. More water stunts are performed, including sitting in a totally submerged car, and climbing out of one full of water.

-Henry Flatt was played by Hal Smith. He started in the golden days of radio in the 30’s, became an actor and voice actor – including shows like Winnie the Pooh, Duck Tales, and Beauty and the Beast – but may be best recognized as Otis the Drunk from the Andy Griffith Show. Oddly enough, Hal didn’t drink!

-Gail Flatt was played by Audrey Landers – known for a lot of things, but I remember his as a complainy chick from Dallas. Which followed the Dukes on Friday nights.

I do not have any behind the scene pictures from this episode… so I just attached a few screen grabs. If there are any others that you’d like, I can get them as well. In the case of “General Lee action”… the episode starts off good… then the GL disappears for more than half the episode before returning. I can spot at lease three different cars being used in this episode. As a kid, I watched Andy Griffith all the time. It was a long time before I realized that Henry Flatt was played by Otis (the local drunk) on Andy Griffith.

– At the very beginning of this episode, we see a banged up General Lee hauling butt through a field of grass. I love this footage! It’s easy to see why many of the cars had caved in front valance panels and rockers. The 2nd unit (stunt crew) were hard on these cars. Notice that the car is a true ’69 R/T and that the rocker moldings, vinyl top trim, and wheel lip moldings were painted over. Later in the episode, you will see that the backup lamps were painted over as well. We’ve seen this car many times over the last few episodes.

2:40 – They jump the General Lee at the construction sight. This is one of the rare occasions where they actually show the damage to the car upon landing. There is a camera hanging off the driver side of the car… and you can clearly see the fender buckle and the back of the hood is raised. Then the camera cuts to the exterior passenger side of the car. This footage shows the actual car that was jumped. Surprisingly, the passenger side was not damaged as bad… but you can see the rear valance is barely hanging on as it drives off.

6:22 – After the scene in the cemetery, they show an exterior shot of the Duke Farm, with Daisy’s Jeep parked next to the house. Notice that the Jeep still has it’s doors in the this shot. I’m not sure if this was older footage or if they just left the doors on for some reason. Later in the episode, the Jeep is seen w/o the doors.

19:43 – When Henry Flatt steals the body from the morgue, isn’t it coincidence that the theater next door had “The Bandit” as the matinee movie. What perfect timing with this week’s Bandit Jump.

35:56 – Boss Hogg calls the Duke Farm to tell Jesse that Daisy would be arrested for “body snatching”. Finally, the General Lee is back in use after nosing into the dirt pile. This ’69 model has wheel lip moldings and side marker lights that are painted over. Also notice that the paint job appears very dull. I was told by a former crew member that they would often wipe something on the close up cars so that the paint would not show too much reflection. In some episodes, you can see crew members, microphone arms, cameras, etc. in the reflection of cars. Later in the series, the close up cars car were painted with a little flattening agent in order to lessen the sheen. 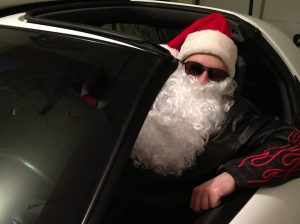