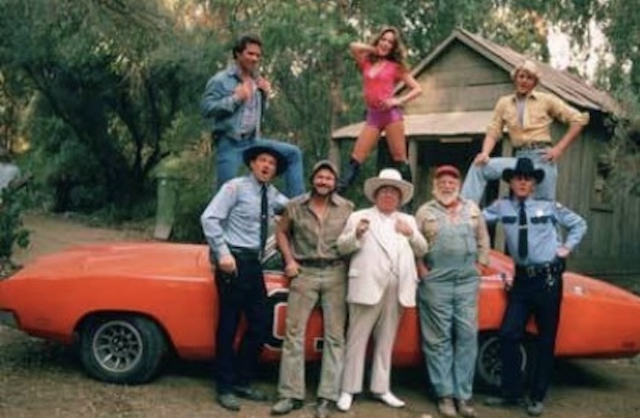 Welcome to Episode #30 of the Kibbe and Finnegan show! If you’re new to the show, Mike Finnegan and I have taken our Dukes of Hazzard fandom and turned it into a full fledged automotive podcast Gong Show of sorts, completed with a full episode review from The Dukes of Hazzard. It’s every 40-year-old’s dream, right?

If there were ever a perfect episode of the Dukes, it’s this one. Texas Ranger “Jude Emery” comes to Hazzard to track the leader of an illegal race car driving gang and (shockingly) recruits Bo and Luke to help him both find and apprehend the afore mentioned bad guy. Jude is super cool, travels with a suitcase that doubles as a guitar, and woos Daisy with his George Strait like charm. In return she wears hot pants and ends up saving he, Bo, Luke, and the rest of humanity in the process. Hijinks ensue. (FYI – Daisy is not wearing the uber-tight outfit in this episode that she used in Cannonball Run II. We checked.)

-Rosco is still gone and Grady Byrd is still here. James Best claims to have actually quit the show and was later brought back.

-Jude was played by John Shearin. He just died last month – April 9 at the age of 72. He was the chopper pilot in the final episode of MASH, according to IMDB.

-Snake was played by Sam Melville – and he’ll be back in Season 7, Episode 1, Happy birthday General Lee. he and his girlfriend stole a black 1969 Dodge Charger for a bank heist, wrech it and got caught, and Bo and Luke bought it and turned it into the General Lee.

-We find out that the Dukes are Methodists.

This episode was written by the creator, Gy Waldron. This would be the last Dukes episode written by him. From what I’ve read in the past, this episode was possibly intended to be a pilot episode for a spin-off about “The Adventures of Jude Emery”… the Texas Ranger. Hmmmm, sounds familiar….. (insert your favorite Chuck Norris joke here)

– Magenta colored 1971 Plymouth Road Runner. This was a legit RR and not a Satellite. It was originally blue w/ blue interior. I do not think the car was one of the surviving Yellow Plymouths though. It was probably a car that they had on hand that would have eventually been converted into a yellow “Road Runner”, if they continued to use them.

The blue interior looks to be original and not spray dyed blue. I always liked the RoadRunner and it’s crazy air cleaner setup. I think it was a dummy setup though. But if it was real, it looks similar to the Mopar 413 cross ram induction. On YouTube, I have uploaded a behind-the-scenes home video from when the Road Runner was jumped.

-The opening scene shows the General Lee and Police car jumping onto the asphalt. They shot the police jump from two different angles to make you believe that it was two different jumps. It was pretty common to shoot jumps from multiple angles and use it as stock footage.

– 2:12 – The General Lee that slides around as it does a U-Turn, you can see that it has rocker moldings that are painted orange. This could possibly be the same car that is used in the episode Carnival of Thrills. Also, if you look carefully, you can see an RT emblem on the tail light panel.

– 3:00 – When Bo and Luke change a flat tire on the General… you may recognize the close-up footage being the same from a couple episodes ago. This time… they made sure to show jumper cables being used to power the air-powered impact. Makes perfect sense to me. Also, the battery was not in a Charger engine bay. Not sure what it was.

– 4:33 – When the GL is pulled over… and Bo, Luke, and Jude are climbing out, you can see that the ‘points’ of the hand-cut stars are starting to peel. I know you’ve heard the story of how one of the Veluzat’s daughter would sit at the kitchen table and cut them out.

– 20:10 – Jude sings a cheesy song and woo’s Daisy. She always falls head over hills for strangers passing through Hazzard, Pickin’s are slim in Hazzard.

– 23:00 – “Now You See Him, Now You Don’t” scene. I watched this multiple times to try and see if they clipped the film… if they switched cars… or what. Everything looks clean. The only thing I can think, somehow Tom Wopat wedged himself down in the floorboard of the car. The crew could have possibly removed the majority of the lower portion of the seat, which would give him plenty of room. Otherwise… it’s a very tight fit.

– 24:57 – When Patch is driving the 1967 Dodge Coronet, and ramming the General Lee, I am pretty certain this is the same car that was used by the bad guys in “Treasure in Hazzard”… just with a quickie red paint job. 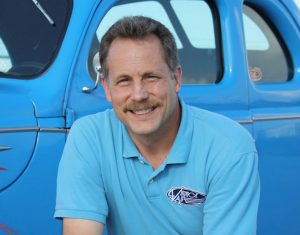 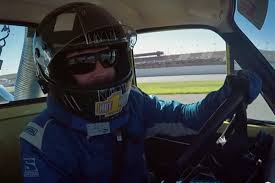