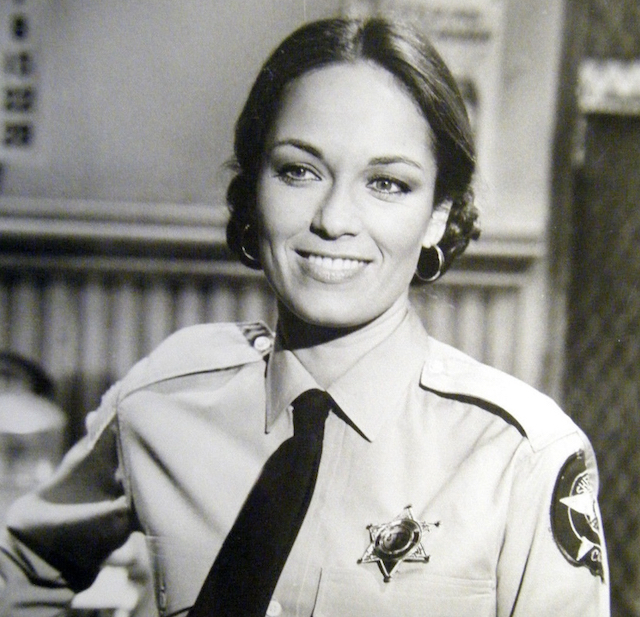 Welcome to Episode #28 of the Kibbe and Finnegan show! If you’re new to the show, Mike Finnegan and I have taken our Dukes of Hazzard fandom and turned it into a full fledged automotive podcast Gong Show of sorts, completed with a full episode review from The Dukes of Hazzard. It’s every 40-year-old’s dream, right?

-The same “Non-Rosco” show opening as was used in the previous show, but this time it includes Dick Sargent.

-More use of leaves on the road to denote speed – that’s a Paul Baxley signature!

-Daisy is a perfect shot – she shot 5 bullets through the same hole on the same bullseye.

-At the 19:46 mark Daisy comes in and slams the door – and it literally shakes the camera!

-At the 30:20 mark they crash into a log – front left corner of the General is crushed and is actually shown on camera.

-Introduction of Sheriff “Grady Byrd”, played by Dick Sargent – also known as the “second Darren” from the Bewitched TV series. The first Darren was played by Dick York who had to quit for health reasons and later died of emphysema.

-Bewitched was also shot on the Warner Bros backlog – and in Christmas Vacation the house in the old 1955 home move that they see is the Bewitched House! That show also had heavy Chevrolet product placement. William Asher directed episodes of Bewitched as well as the Dukes.

-Shortly before his death, Sargent publicly proclaimed he was gay.

I always kind of liked this episode. Even though there were no GL jumps, there was a good mixture of driving scenes… and storyline. At the beginning of the episode, when they show the interior of the car, you can see this is a ’69 model car with a well-used interior and a woodgrain sport wheel. It looks as though the interior may have originally been green by the lack of tan paint on the leading edge of the dash pad.

One thing you may notice on this episode… this is the first time where Daisy’s Jeep does not have doors on it.

9:59 – When Enos looks out the window and notices the Wanted bank robbers, he snatches the wanted poster off the wall. The poster that he is holding is actually the Wanted poster for Bo, Luke, and Daisy that is seen many times throughout the series.

16:14 – When Bo and Luke are getting in the General (on the farm) you will notice that this car is a ’69 but it has the front & rear marker lights smoothed over. Also notice that the rocker panel is caved it. Later in the episode, you will see the same car being used in a very similar scene on the farm.

16:25 – As Bo and Luke drive off, the camera shows a close up shot of the Cobra 78x cb radio that was used in the General Lee.

18:53 – When Bo and Luke remove the ladder from the peeping tom, notice the Charger has an R/T emblem in the grille.

19:12 – When Bo and Luke run the ’49 Mercury off the road, so that Daisy can catch him… the driver is stuntman Gary Baxley. If you go back to 17:40, during the bar fight… Gary was the guy who was thrown over the bar (where the girls had to duck out of the way). Notice his blue Nike shoes in both scenes.

26:09 – When the bank robbers escape the jail and get in Daisy’s patrol car, you will notice that this is not the typical “Hazzard Square” at WB Studios. For whatever reason, the little town of Piru, CA was used for the temporary Hazzard during this scene, as well as the short car chase afterwards. Piru was also used during many of the scenes on Season 1 Episode 7 “Luke’s Love Story”. During the car chase through this little town, it kind of reminded me of the GA episodes… when they actually used real towns… and real “locals” as extras. They even drove past a real Bank of America during the chase. 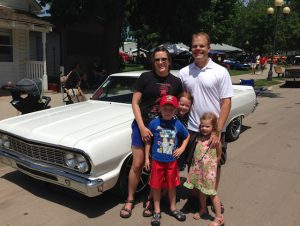 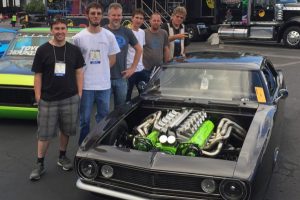