In this episode our guest was Jim Klovas, a Mopar collector, restorer, and all around great guy. Jim discussed his collection of desirable Chrysler classics and talked about how he came to acquire and restore them. Of course, the elephant in the conversation (Mopar pun intended) is the fact that Jim stores his Mopars in a Government built Bomb Shelter, so we talked quite a bit about that as well!

As Jim described in the interview, technically his cars aren’t actually in stored in a bomb shelter, but a chemical and artillery  depot “igloo” designed to store and protect munitions and armaments in Pueblo Colorado. The Pueblo Chemical Depot is an active military post that allows private citizens to rent space in the igloos for various storage reasons.

Out of 620 igloos only 110 were actively being used by the military, so they opened the rest for rental. These facilities are temperature controlled due to great insulation surrounding the entire bunker and are perfect for storage of classic muscle cars. They maintain a near constant temperature and humidity year-round thanks to the massively thick concrete walls roof (all of which can survive a half-million TNT blast).

Jim restores Mopars to a very high level and has concentrated on Chrysler products as a way to focus his efforts and get to know about what he is restoring.  He has known Mopars since birth, and shared that his dad’s step-father knew and worked side-by-side with Walter P. Chrysler as a machinist on the railroad! Walter had some crazy ideas about leaving the railroad and going into the car business…..and the rest is history.

The 1970 Challenger (see “twins” photo) was the first vehicle Jim purchased in the 70’s and after ten years was able to start the restoration.  After that the passion for classic muscle took over and the collection has been expanding ever since.

Jim is a wealth of information and is willing to talk shop with anyone that’s interested. He can be reached via e-mail at klovas5828@comcast.net.

Thanks for the interview Jim! 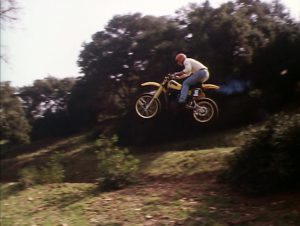 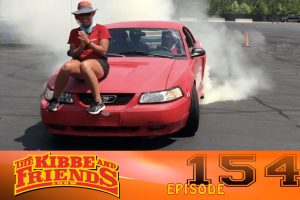 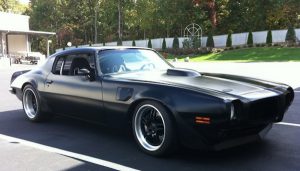