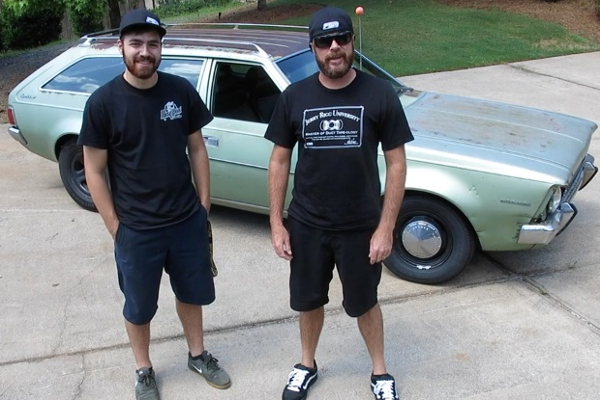 This weeks interview is with Jacob Davis, internet celebrity, AMC owner, and former Georgia resident. You may recognize Jacob from SEVERAL previous episodes of Finnegan’s Garage where they’ve made multiple crazy modifications to Jacob’s “Green Hornet” (Ep 15), including adding nitrous to the inline Straight 6 engine.

As you’ll learn in the interview though, his trip to SEMA 2016 with Mike caused a major life direction shift and he’s left Georgia behind in pursuit of California sunshine, automotive mayhem, and a girl (i.e. 99.9% for the girl). More on that in a bit.

As I learned in our discussion Jacob grew up in Georgia and went to a Christian school from K thru 12. Later he attended college for engineering but lost interest part way through. He dropped out of school, started building hot rods, and began watching Roadkill. Rutledge Wood was a local friend and became one of the regulars at the shop where Jacob worked on cars.

While in California for the video shoot, Jacob picked up a Pea Green AMC Hornet wagon and drove it all the way home after filming, thus setting up many future episodes of Finnegan’s Garage fun.

It was SEMA 2016 though that changed Jacob’s future plans forever, as while there he met a girl names Amy shooting photography for Pro-Touring.com at the 2016 OPTIMA Ultimate Street Car Invitational. Jacob was there shooting photos for Roadkill as well, saw her, eventually talked to her, sparks flew (“Cupid’s Arrow” sparks, not automotive sparks), and then began a long-distance relationship. After a couple of dates that involved long-distance airfare he came he decided to sell all of his worldy possessions but his Hornet and a laptop, quit his job, and head to California permanently. Ah….to be young and in love!

His current plans are to stay California, continue to modify the Hornet, and even launch his own YouTube show titled Sally’s Speed Shop!  Hey may also pursue further work with his friends at Flying Sparks Garage and Roadkill. In one of the most recent “In the shop with Emily” episodes (EP26) Jacob is featured when she picks up a 1972 Nova and heads out to the Roadkill Zip Tie Drags.

You can find more about Jacob on his Instagram Page @JROSSDAVIS_PHOTOGRAPHY

Thanks for the interview, Jacob!

Bernie once again attended the 2017 Barrett Jackson Auction in Scottsdale Arizona and was able to get some live interviews…including one with Don “the Snake” Prudhomme ! Don’s infamous 1972 ‘Cuda Hot Wheels “Snake II” funny car was there and sold for $220,000 as well as the Skoal Bandit Impala SS. Bernie also talked to Don about the last Funny Car Don campaigned in 1989. I think you’ll love this inside chat with a drag racing legend! 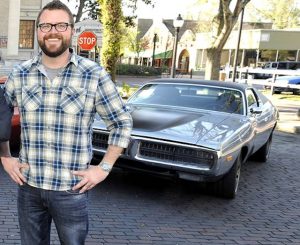 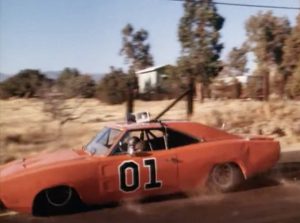