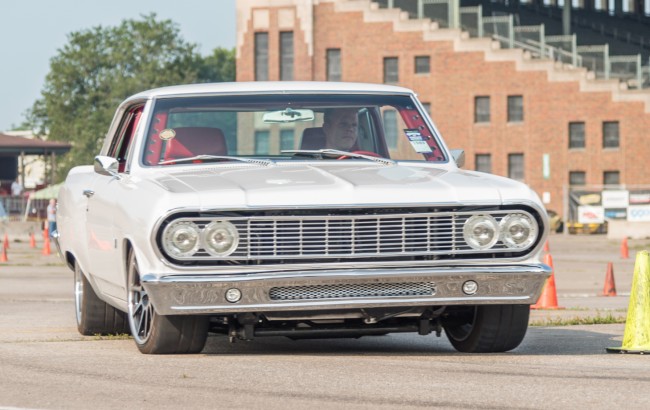 It’s been quite a while sine I was last able to write up a personal update, but I thought a few recent life-goal-coming-true events might warrant sharing: autocrossing my Chevelle for the first time in 5 years, and going to Disneyland with my family. Granted, for some people these may not really be major events, but for me they were really big accomplishments that signified about a billion things finally coming together. Plus, they both happened just after I turned 40 last month as well I thought I may as well wrap it all together in one big bow!

Chevelle Autocross After 5 Years of Waiting

If you have followed the Chevelle Build at all over the last several years you’ll know that in July of 2010 I autocrossed it at the Des Moines Hearland Nationals (GoodGuys) show. It wasn’t a Pro-Touring car then, but a decent enough driver, and the experience was more than enough to get me hooked. A few months later when my business went full time my friend Jeff Allison offered to do the build of my Chevelle to turn it into the race car of my dreams and the big adventure started.

Also during that time my business changed, I saw the rise and fall or another business I was a big part of, joined FM3 Performance, and between life and kids there was really no time left to ever enjoy the car.

But, I did slowly get the final tuning tweaks needed into the car to get her ready to run and this year marked the first time she was sorted enough to run an autocross again….so I did! Ironically enough, it was back where it all started: the Des Moines GoodGuys Heartland Nationals 2015.

So….was it worth the wait? YES. YES. MORE YES! Did I say yes yet? It was flipping awesome. I drove that car as hard as I could, and any fears I had about wrecking it were gone before I made the first turn.

Having the DSE suspension, big Wilwood brakes, and LS power were what I had hoped they would be! My friends Chris and Lynda Jacobs coached me up on the course layout and line to take through, and my buddy Dale Schwartz helped me dial in some better tire pressures that helped me to gain nearly a full second.

When it was all said and done I finished 11th overall out of 39 cars and I didn’t wreck. I’ll take it! Now I’m ready to tweak a few more things and go again.

Best of all, my wife Laura got to ride with me and experience the fun. I think she ended up liking it more than she thought she would! My dad and kids were also there to see it, and while I know they won’t see every event I was glad they got to be a part of the first one. Chalk up one big life goal accomplished!

Here is a video of one of the runs. Special thanks to Jeremy Lopez for shooting it!

I’ll let the pictures do most of the talking here, but last month we all went to Disneyland for the first time and had the time of our lives! Our kids are in a really sweet age right now (8, 6, and 4 at the time of the trip) and it was important to us to have this experience with them while the magic is still real. It lined up to do the trip exactly on my 40th birthday as well, so as an extra bonus I got to ride with them in Cars Land by 8AM that morning!

For my wife and I, Cars Land was probably the best. We have seen and heard that movie a trillion times by now and the attention to detail there was second to none. We ended each of the 3 days there, I think. Aside from the the amazing layout of Radiator Springs (it’s just like the movie) and the Radiator Springs Racers ride, the other big thing is that the neon lights come on at night to the Sha-boom Sha-boom song. It’s worth hitting up just to see!

We flew commercially on this trip as well, which marked another first for our kids. My dad also came, and he went above and beyond to make the experience fun for us as well. He also drove around a pretty sweet little scooter! (FYI – Disney is completely built for scooter and handicap access. There were several places and rides that we went straight to the front of because of it as they let your ENTIRE party through!)

Chalk up another life goal!

Big Red TV Show is HERE:  The show is airing two days a week now on MBCSN. You can get the latest scoop, the schedule and some behind the scenes video at www.nbcsnauto360.com/big-red-camaro. Larry got to attend the premier of the first episode AND he announced that he (and MotiV8tr) will be IN one of the episodes. He said the part he got to watch was great and is not to miss.

MotiV8r. Larry talked about updates to MotiV8tr and dropped the bombshell that he will be installing an actual working radio! He has also posted some videos about the Wilwood brakes, the antilock brakes and soon the Kicker audio system. 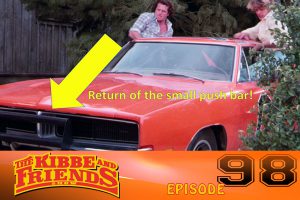 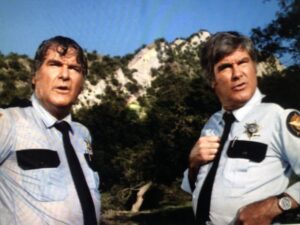