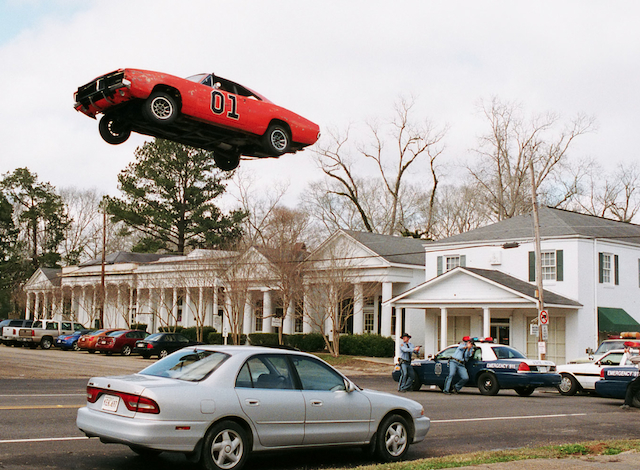 This weeks interview is with stunt effects builder Elia Popov of J.E.M. F/X inc. Elia was the foreman involved with building the General Lee’s and other stunt cars for the 2005 Dukes of Hazzard movie and prepping them for action! During the interview he shared the details of how nearly 30 Chargers were built for various roles in the movie and what it was like to be a part of automotive movie history.

Elia has been involved with the movie industry and fabrications since age eighteen and loves to create quality tools to protect stunt people in their careers. As a lifelong muscle car enthusiast (and race team owner), making cars fly fast and safe was something that suited his company well!

During the 2005 Dukes of Hazzard movie he and his talented crew had at least twenty eight General Lee’s in rotation at any time. The F/X crew and Picture Car team worked very closely to make sure the details on the cars was top notch.

After many of the stunts the cars were photographed so the details could be duplicated on the other cars for the best continuity. Elia also said that not all vehicles were big block cars. A lot of the Chargers were small block cars as they would handle better and even fly easier.

Of course the main attraction to any Dukes show or movie are the fantastic car jumps, and in this movie the J.E.M. F/X team was able to work out how to make the General fly correctly without the use of ballast (i.e. concrete or lead plate in the trunk) to correct the Chargers nose heavy weight distribution.

Early in production they played with different shock valving and separated the compression and rebound settings. This allowed the car to leave the jump more like an off road racer would and is a trick they’ve used ever since.

While Elia knew about the Dukes of Hazzard before the movie, he never knew quite how significant it’s fan following was, nor did he realize how amazingly popular the General Lee was. One story he related to me was that a day after he arrived on set he arrived at the gated build facility and had to enter through a large crowd of fans. He assumed they were there in hopes of catching a glimpse of one of the lead actors. Later a security guard asked if an “A.J. Thrasher” was available to sign autographs and orange car parts. A.J. was a fabricator and car builder from the original TV series who was on site – working on the J.E.M. F/X movie car crew!

To Elia’s knowledge every car, car buck, or rolled up pile of Charger from the 2005 movie has been restored or is in the process of being fixed. Many have been on the market a few times now, with special attention to their movie documentation.

Thanks for the amazingly fun interview and I look forward to seeing your work fly in other movies!

p.s. As an aside, a personal thanks to Justin Cornette for connecting the dots in helping me locate and reach Elia! Justin is a terrific Dukes of Hazzard fan, loves Chargers more than I do (and restores them), and maintains a really cool website called RealGeneralLee.com. 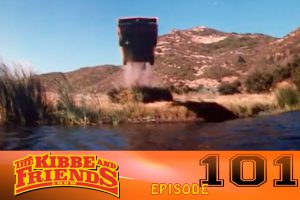 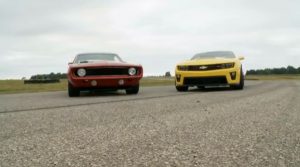