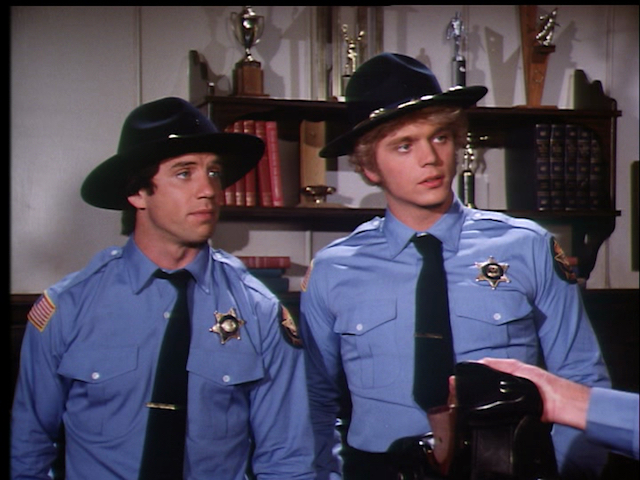 Bo and Luke get caught with their pants down (literally – long story) by Rosco. He puts them in jail and takes the General Lee. To get our of jail and recover the General they must be deputized….in order to move Public Enemy #1 from Springville to Hazzard, a duty that Rosco doesn’t want to do for fear of being killed. They pull it off, but have to fight off Dolly Parton’s sister to do it (not a joke). Hijinks ensue. 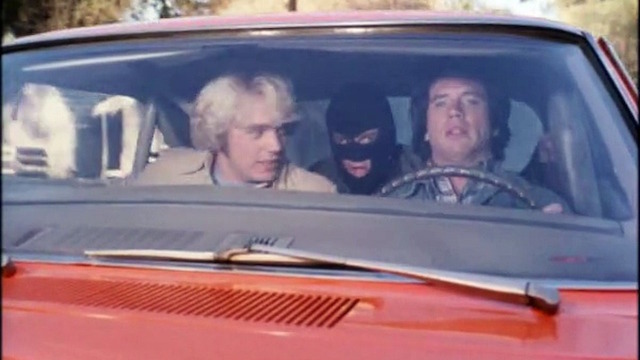 A criminal comes to Hazzard and robs Boss Hogg via gunpoint, which turns out to actually just be a screwdriver in his pocket. The criminal jumps into a passing General Lee as the first available getaway car. Boss assumes the Dukes are in on it. The crook takes the General, but offers to wash it and fill it with gas upon return. Bo and Luke learn the cork is actually a chicken farmer that bought bad farm equipment from Boss that cooked his eggs instead of making baby chickens. Hijinks ensue.