Welcome to Episode 61 of  the Pro-Touring.com Podcast!

In this episode of the show we were able to work in one last pre-season “preview” with Bill Howell, from the American Street Car Series. Bill has been a long time member and moderator on Pro-Touring.com, and his very first event (Run Through The Hills) kicked off modern day Pro-Touring events 10 years ago!

The American Street Car Series is now in it’s third year of existence, and with the success of their previous two seasons we asked Bill on the show to discuss the 2014 event list. We also dug into some of the bigger planned changes for ASCS this year, and Bill was candid to discuss that it essentially boiled down to an increased safety factor as well as a heavy focus on cruises and autocross centric events. To get the full details you’ll need to listen to Bill explain it in his own vernaculiar, but long story short, his goal is for you to have FUN at an ASCS event and to come home in ONE PIECE!

Bill also fave the latest update on the ever popular Team T/A Contingency award system, something that racers who love earning dollars will be happy to dig into!

Thanks for the interview, Bill!

As soon as we have the full list of ASCS events we’ll include those as well. Rest assured….if you enjoy racing your car, you won’t lack for opportunities to do so! 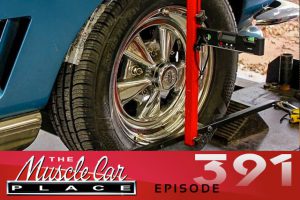