Well, as the saying goes, “All good things must come to an end!” As such, this episode will mark the final show of the Pro-Touring.com Podcast. When we started this show in June of 2011 it was our intent to cover the news, events, and people in our hobby and sport, and it’s been an AMAZING run! Larry and I have had the chance to cover multiple events together, met up at SEMA several years in a row, raced in New Orleans together, and have had more laughs than we probably should have. For those of you that have written in telling us that we sound like great friends – you’re right! The friendship this show has given us over the years is definitely something special.

We’ve loved watching the sport and hobby grow, and we hope you’ve enjoyed listening all these years. The reasons to end the show really just come down to scheduling logistics more than anything else, and while we’ll hate to see the show end we’ll both welcome getting back the time it takes to create a show of this magnitude.

With all of that said, while this show may be ending Larry and I are not done broadcasting together! Beginning in January 2015 we’ll be introducing a new bi-monthly segment on The MuscleCar Place Podcast called “The Pro-Touring.com Update with Larry Callahan!” In this segment Larry will come on for a full update on the news and events of the Pro-Touring world, just as always, and you can plan for plenty of hijinks as well. We’re proud to say that the segment has already been sponsored by the fantastic hot rod wiring supply company, Ron Francis Wiring, and we’re very appreciative that they were our FIRST EVER show sponsor!

If you’d like to get your fix on previous shows you can do so here on TheMuscleCarPlace.com as well as on Pro-Touring.com.

Special Thanks to OPTIMA Batteries for their Show Support! 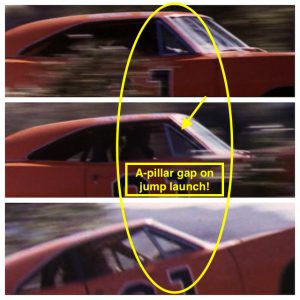 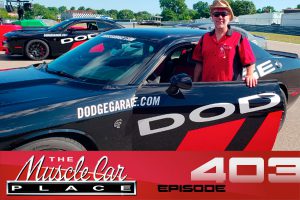