Welcome to Episode 60 of  the Pro-Touring.com Podcast!

1) Volunteers are needed for upcoming Ultimate Street Car Association events. Pro-Touring.com is helping organize volunteers and if you can help at any of the events even if it’s only for one of the days please e-mail Larry Callahan via larry@pro-touring.com.

2) Spectator tickets are now available for Laguna Seca. Check the home page of Pro-Touring.com for information.

3) Pro-Touring TV is coming! Keep an eye on our new YouTube Channel found at https://www.youtube.com/protouringtv

5) Finally….everyone else posted this one, so we will as too. Kentucky’s National Corvette Museum fell victim to a 40-foot-wide, 20-foot-deep sinkhole that opened up in the facility’s yellow Sky Dome wing. Did you know that they did build some 1983 Corvettes? I always thought there were none manufactured. Actually [43] 1983 Corvettes were made before GM decided to scrap them and move on to the 1984 design. Victims included:

The season kickoff is finally here! By the time we record our next show we’ll already have two events crossed off of the list. Be sure to look for an event near you this year, and even if you don’t drive in one, go check out the fun. You won’t regret it!

During the show we went thought event locations, times, and details. You can get year round updates in the Events section in the Pro-Touring.com forums. 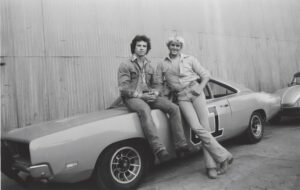