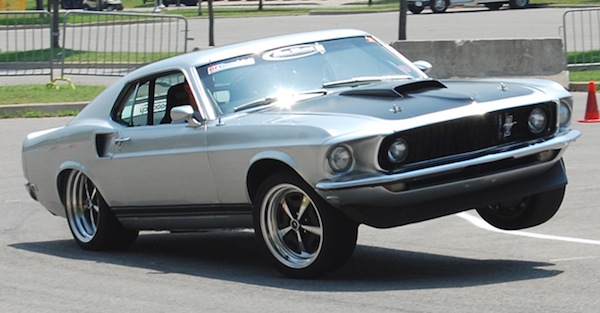 In our first show of 2013 we were able to nab a FEATURE interview with Ed Capen, the man behind the autocross from Good Guys Rod & Custom. For the past several years the autocross segments at Good Guys shows across the country have been a feature attraction for many attendees, prompting people to not only enjoy talking cars with friends, but also in driving them for sport.

As we learned in the interview, Good Guys (and Ed specifically) have decided to push the autocross to the next level and have created a full blown autocross series for 2013 – complete with a now formalized set of sanctioning rules, cash prize payouts, and a series finale the week after SEMA that may just rival the Daytona 500!

We’ll plan to post official documentation from Ed as soon as we get the go ahead. For now, enjoy the interview – and know that we attempted to ask Ed absolutely every question that we thought you might like to know. We even received an answer on whether ’73 model cars could compete in in the ’72 and older autocross points stands….and the answer was a “Yes, But!” 🙂

Ed’s segment starts at the 20:45 mark of the show if you’d like to jump right to it.