Welcome to Episode 46 of  the Pro-Touring.com Podcast!

For the first time ever a “roving reporter” has joined the Pro-Touring podcast team! Our man Doug Lutes was live and on the scene at the recent “Run to Music City II” American StreetCar Series event in Nashville. Listen in to hear interviews with your favorite drivers second before they launch onto the autocross course….and be sure to listen to the ENTIRE show for fun bloopers!

Congrats to Karl Dunn and his “Blue Balls” ’68 Camaro on winning the event!

Nice work on the interviews, Doug!

During this show we gave a full update on the recent Des Moines Heartland Nationals and the Columbus Nationals. Winners from the Pro, Truck, Street Machine, and Street Rod Class were all named……and a few were mis-pronounced. 🙂

We have also given the update on the 2013 GoodGuys Shootout Invitees! Here are the most recent standings and the event each winner received their invitation: 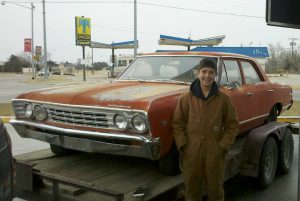