Our friends at TCI are giving away a $50 Gift Certificate this week, and entry is free an easy!  To enter simply leave a comment below that you have completed one of the following actions.  To make it easy, all the necessary links are here and ready to go. Enter in as many ways as possible to improve your chances of winning!

This week’s guest on the podcast show needs no introduction. He’s been a fixture in NASCAR since the 1950’s, has 7 Championships (a tie with Dale Earnhardt for the most ever of any driver), 200 wins (the most wins of any driver), and has won the Daytona 500 7 times (the most wins by any driver). His trademark grin, mustache, glasses, and hat could be identified from space. I was so blown away by the conversation with him that I wrote a full blog post on it called Meeting the King.

Up until 2008 his original race team, Petty Enterprises, was based in the same location it had always been, right next to his home in Level Cross, NC. Today his NASCAR team has reformed as Richard Petty Motorsports and is based with nearly all of the other NASCAR teams near the Charlotte, NC  area, but the old Petty Enterprises shop has been reborn as Petty’s Garage. It’s a hot rod and restoration shop cranking out show quality restorations and projects, and was born because many of the highly talented Petty Enterprises employees didn’t want to make the move to Charlotte; they wanted to stay home. Richard didn’t want to see their years of talent go to waste, so Petty’s Garage became both a new venture to produce cool cars and a method to keep the talent in Level Cross doing what they loved to do; build cars. As a result Petty’s Garage has developed a full line of their own speed parts for the new Dodge Challenger as well as Richard Petty Edition versions of the Challenger. Better yet, they’ve just announced the intention to build 25 Richard Petty Edition Daytona’s and Superbird’s, also based on the new Challenger!

Just a while back the team at the shop had the chance to restore an original Petty Enterprises 1970 Superbird back to showroom condition. The car was originally the #40 raced by Pete Hamilton (who raced for Petty Enterprises), but after NASCAR outlawed the use of the aero cars it was sold. At some point in it’s life it was reskinned as a later model ’73 or ’74 Charger and was raced, and that’s the condition it was brought to the shop in. Petty’s Garage was able to resotre it back to original condition using (wait for it) original parts from their attic! It turned out that they knew where to look and found a Superbird nose, a HEMI intake, and a few other itmes upstairs, and as a result were able to put the Superbird back together again. I can’t imagine having a Superbird more accurate than one built by Petty himself!

Richard was a joy to interview and is just how you think he’d be; genuine. He also gave a little history lesson on the evolution of stock cars that I’d been dying to know, and I think you’ll enjoy it in the interview as well. 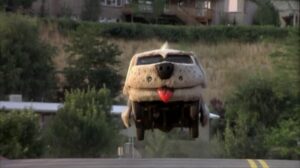 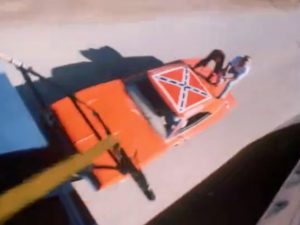