TMCP Podcast #171: Dave McClelland – The Voice of the NHRA!

This week’s podcast show guest was Mr. Dave McClelland, the legendary broadcaster and announcer still widely known as “The Voice of the NHRA.” From the mid 1950’s through today Dave has made his living using his voice and broadcasting skills (combined with his passion for drag racing and the automotive industry) to become one of the most achieved and respected people in the industry. As such he was named the recipient of the 2013 Robert E. Petersen Lifetime Achievement Award!

I had the chance to meet Dave personally at the 2013 Hot Rod and Restoration Trade Show, just after he had received the award. Since I’m an amateur broadcaster myself I introduced myself to him hoping to get a few pointers…which lucked out into turning into a full interview with him for this show!

It was during the award presentation that I learned of Dave’s life story and it turns out that he and I both went to school at Iowa State University (and both drove hot rods around campus). While in college he purchased a ’39 Chevy coupe from a little old lady, put in an injected 364 nailhead Buick engine, Olds rear end, and a LaSalle floor shift in it. It was his first attempt at a race car and kick started his entry into the drag racing world.

As you’ll learn during the interview, Dave’s first shot at calling a race was somewhat of a right-place-at-the-right-time moment. The announcer at the track became star-struck by some high profile racers, and Dave jumped in to save the event and keep things rolling!

After college he immediately went into the world of professional broadcasting, spending 15 years working in radio and television stations by day, and announcing drag races all over the country by night.

In the early 1970’s he moved into race track management, then went to work in the magazine business, and moved into full-time self-employed professional race broadcasting in the early 1980’s. He hasn’t looked back since.

Today Dave takes on many master of ceremonies jobs (I’ve already seen him in action during SEMA), enjoys his grand kids, and plays with his 455 powered ’70 Buick Skylark convertible, a ’55 Chevy, and his C6 Corvette!

Thanks for the interview, Dave! Now if you could just tell him how I can make my voice a little deeper…….. 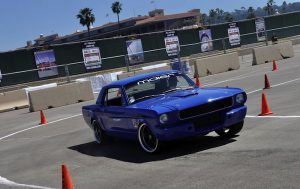 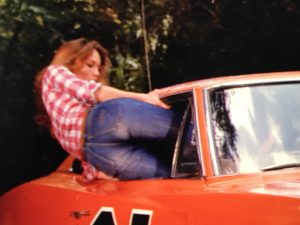 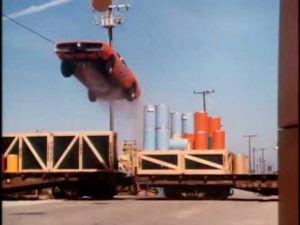