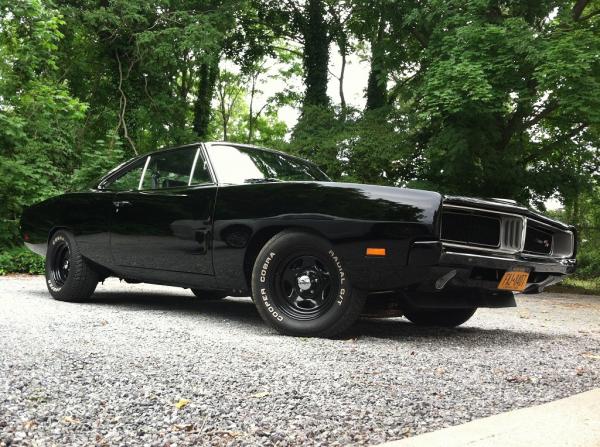 This weeks interview is with Paul Tchinnis, Chemist, and semi-professional 1969 Charger restorer. His dad was a 50’s greaser so Paul grew up with a wrench in his hand and still works on cars with his dad every week. When Paul was 15 he bought the neighbors 1969 318 Charger for around $200 and fixed it up. That is the car he learned to drive in. He admits that since his first car was a Dodge he’s become a life-long Mopar guy and that he was heavily influenced by the TV show “The Dukes of Hazzard” (which I can relate to)!

A couple of years after buying his first Charger Paul bought this originally Green on Green R/T for $1000 sight unseen. It was a Georgia car and was rougher than the pictures showed with multiple paint colors and a damaged roof.

Paul had to replace the entire roof from a 1970 donor Charger because at that time there were no sheet metal companies making repair panels for these cars. The foundation was solid though so he drove it back and forth between college for a couple years. When the car started to cost more to drive then he could afford he parked it and waited for a future restoration date.

The restoration of this Charger was an interesting eight year project. Since the car was not needed for daily driving duties anymore, Paul, his dad, and his sons all joined in together to build the car from the ground up, doing so in their spare time. The car was missing it’s original engine and transmission (and a few other things as well) so it was not a candidate for a concours type restoration, which allowed Paul to remake the car the way he wanted it.

Paul explained  that the R/T packages came from the factory with high performance upgrades such as a limited slip heavy duty rear end, heavy duty springs, a beefier transmission , and of course the larger 426 or 440 engines.

Paul put a 1968 HP 440 (from a boat!) that was bored and stroked, and includes forged connecting rods and Ross aluminum pistons. You can hear the engine running in this video Paul recorded.

He also told me that he installed a Classic Motorsports Group transmission kit that includes a Tremec TKO 600 five speed transmission. He mentioned that the five speed allowed him to use 4.10 rear gearing, but still be able to drive it down the highway at 65 miles per hour and 2000 rpm.

Paul also said there was extensive suspension work and the entire front frame work was stiffened and gusseted. He replaced the steering gear box with an aftermarket unit that gave him quicker lock to lock steering and also tightened up the steering slop so commonly found in old muscle cars.

This Charger gets a Nascar type look from shaved and blacked out bumpers, and blacked out Cragar “steelies” wheels. Paul thought about putting high dollar blingy wheels on the car, but planned to just install the Cragars until he could afford the fancier wheels. Once the wheels were on the car they just felt right. Paul posted a picture of the car on the Dodge Charger forums with the steel wheels and people could not stop raving about how great they looked, so the steelies stayed. He put a custom roll on the rear wheel opening lips so the tires could fill the rear wheel opening with no rubbing. Also Paul told me that the chin spoiler was off a 1969 Camaro, which fits fine with a little finessing and also adds to the cool factor of the car.

Everything inside the car is custom with the exception of the rear seats. The front seats are not stock but Paul said he looked long and hard to find bolstered-style seats that look like they came with the car. Paul made a beautiful wood dash with all aftermarket gauges and a very cool center console that fits great over the TKO, and it also houses the stereo system. All of the wiring in this Charger has been updated and features newer fuse blocks and connectors for vastly improved reliability.

With all of the work Paul and his family have done to the car (and the massive history he has with it) I was a little surprised that Paul was interested in selling it. Paul replied that while he does love the car he loved the time he got to spend with his dad and sons a lot more in creating it, so they’re selling the Charger to finance their next project together! That’s probably something that we can all relate to….

You can check out Paul’s classified ad at https://themusclecarplace.com/classifieds. The ad features many pictures and a lot more specifications. It also contains a link to the full length forum post Paul used to document his build of this car.

Thanks for the interview Paul! 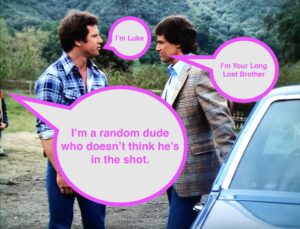 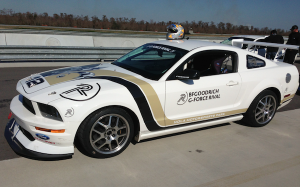