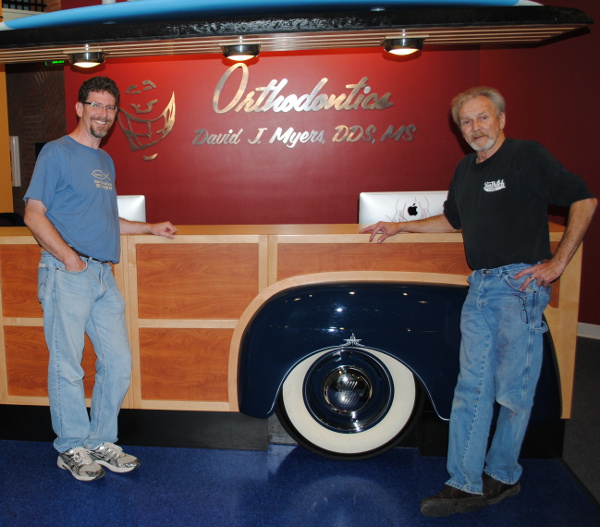 This week we interview Doctor David Myers, Orthodontist… Yep, you heard that right! This doctor is into rebuilding old cars, collecting “junk” and has the absolute coolest hot rod office EVER!

The office is located in Conway, Arkansas and is attracting attention across the nation and the internet. The office has been featured in Top Gear, the Rodders Journal (which was a dream of Doctor Dave’s) and in numerous internet articles.

David enjoyed going to the dentist as a kid and wanted to be an orthodontist all through junior high and on through college. In High School he wanted to try his hand at autoshop but his dad wisely prodded him to focus on his career and urged him to let the car hobby happen later. The first office he worked in had much of his dads RC airplane stuff on the walls and hanging from the ceiling, so having things you love in your office was not new to David.

The creation of the office started as an idea to renovate an old 40’s gas station in town that was going to be expanded. Doctor Meyers contacted the developer and talked about designing it to mimic 40’s and 50’s styling. It did not work out logistically, but the idea was born and it happened in a brand new building a few years later. All aspects of the inside of the office recall days gone by and various automobilia, including the “work bay” where the real orthodontics happen.

Look around and you see old Coke machines, Sinclair gas pumps, electric guitars, movie signs, old store fronts, the front and rear ends of a 1959 Cadillac and a 1956 Oldsmobile.  On top of all that, famed pinstriper Ron Myers pinstriped all sorts of stuff in the office including the dental chairs and the 1946 Ford front desk.

Checkout Doctor Myers web page at http://www.djmortho.com and click on the “cool stuff” section, then follow along with the pictures while you listen to the podcast. There are numerous pictures of his office on the website that compliment the interview. If you still cannot get enough there is a fairly famous discussion on the H.A.M.B forums including more pictures from Doctor Myers.

Thanks for the interview Doctor Myers!

Brought to you by, Steele Rubber!

This week Rob tells how the sale efforts of the 1966 Mustang are going and when it is going to be listed again on eBay (little hint, check out eBay item number 120997290107 ). He talks about a video made just for eBay and his “research” on what works or doesn’t on selling this car. 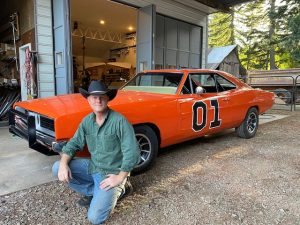