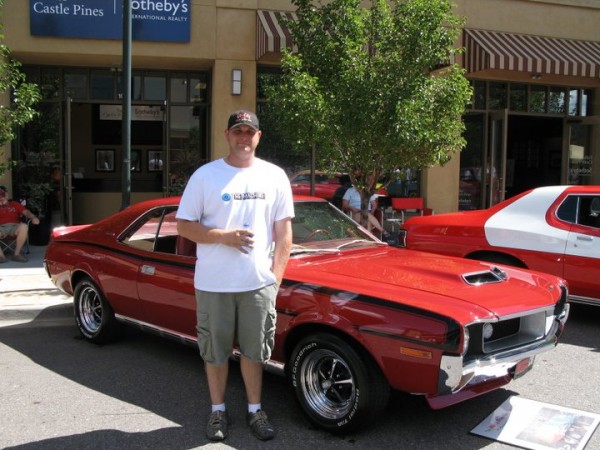 This week’s podcast show guest is Aaron Davis from Colorado AMX Motorsports. Many of you regular listeners and readers will remember that Aaron’s dad Wayne was on the show last year in Episode 83, and that his Wayne is a contributing writer here on The MuscleCar Place website as well. I met up with Aaron and Wayne at the January Barrett-Jackson auction in Scottsdale, and it’s there that I learned how close their bond was, and also learned that Aaron had a story to tell that started with a Mark Donahue Javelin and ended with a lesson on what really matters in life.

At the age of 33 Aaron and his young family have been through more than a lot of people do in an entire lifetime. He grew up as a muscle car nut thanks to his dad Wayne, married the love of his life, Erin, and started in a promising career field. He was driving a ’70 Mark Donahue Javelin, and things seemed to only get better when he and his wife learned they would have a child.

Unfortunately, when Erin was 5 months pregnant they learned that their son, Graham, had a generic disorder called hydrocephalus, which causes a swelling of the brain. Shortly before Graham was born Aaron had a heart attack due to stress. After Graham was born he required several brain shunt surgeries, including one that was performed when he was only 2 days old. Shortly thereafter Aaron lost his job and he and his wife lost everything but their marriage, their son, and Aaron’s Javelin.

I’ll leave the “how it all works out” part of the story in the interview itself, but today all is well with the Davis family, Aaron is working a great job while also restoring cars with his father, and they now host an annual car show called the Concours Duh Elegance every fall that Muscle Car Review magazine called the “Best Car Show You’ve Never Heard Of!” Aaron did sell his Javelin late last year, but by choice, not necessity. He’s now the owner of a Plum Crazy ’70 Plymouth Roadrunner with a 440 and a 4-speed!

Thanks for the interview, Aaron – and the great inspiration! 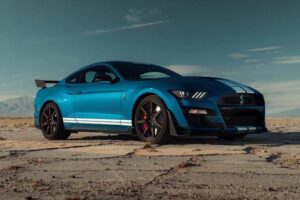 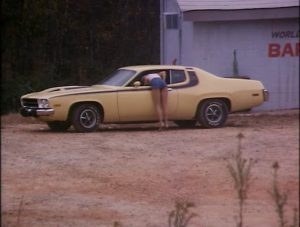