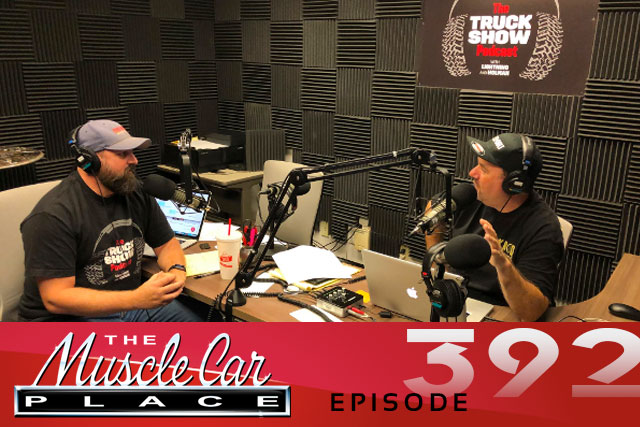 In this episode I spoke to Sean Holman, half of the Lightning and Holman duo that hosts the “The Truck Show”podcast. By day Sean is the Content Director of the Truck & Off-Road Group for Motor Trend responsible for overseeing and directing all print, digital, web, and social editorial content for the Truck Trend Network. This means that Sean has a BOATLOAD of insider insight in to the world of all things truck related, both OEM and aftermarket. My friend (and podcast show co-host) Mike Finnegan introduced us and the two shows have collaborated on a few things over the last year together.

Sean has always been fascinated with automotive topics and trucks but his start is not the typical story. Early on, Sean obtained a degree in criminal justice and wanted to be an officer. Unfortunately he did not like the bureaucracy and started looking for alternatives to his chosen career.  On Sept 11, 2001 he was working in a Boeing factory working security supporting the Shuttle missions and had to make sure the plant was shut down and secure right after the attacks. Employees were watching the skies and listening to silence, unsure of what would happen next. Sean made the jump out of security after that and eventually moved to Primedia (predecessor of the Motor Trend Group) and working his way into being the associate editor of Truckin’ magazine.

Automotive publishing and media is completely different than when Sean started seventeen years ago. At that time print media was king and to make a video required a long process and a lot of investment not to mention complicated publishing. The talent had to be credible and some sort of history in the business was required to even get a foot in the door. Today the barrier to entry has lowered significantly and “traditional” media has had to adapt with the times.

Digital media has changed everything and Sean believes strongly in the the future of the podcasting medium. We share the belief that podcasting is simply “Netflix for radio” and that applying radio broadcasting quality, format, and production standards are all required to make the transition complete. Just as we do that on our TMCP network of shows, he and and Lightning take the same approach and the quality of their show is obvious! As with all good radio though, people come for the topic and stay for the hosts.  I think they have a winning ticket. Plus….if you dig trucks there’s not better place to get all of the inside scoops!

Thanks for the interview Holman!

On this edition of Ask Rick, I asked him the burning question, what is in your break room? Rick was able to describe in detail the layout and amenities of the fabulous NPD Warehouse including the function of the plumbed in coffee maker.

With summer around the corner and blockbusters making their way into theaters, the next question was about Rick’s experiences with large scale movie entertainment. He said he is planning on heading to Gainsville to the movie house with the recliners to see the new Avengers movie. The movie is around three hours long so comfort is a must.

Finally we dug into the meat of the conversation: a listener submitted question regarding shipping costs and wondered nicely about NPD’s policy on shipping costs and if they are inflated at all to make a profit. Rick is very passionate about being clear and fair with his customers and made a point that shipping is expensive and it is not possible to ship boxes across the country for two dollars or free. The NPD policy is that orders over three hundred dollars get free shipping as a courtesy but it still costs money for packaging materials, labor, and the shipping companies fees. Listen in for the full details. As you might expect, he held nothing back.

Rick reviewed a couple of eBay picks, including a Knight rider Trans Am and a Beetle. The results were insightful and thought out. A listener sent in a question about the availability of parts for a newer Mustang and asked why there were no complete doors or large body items. It was pointed out that these cars are still fairly abundant and that used parts are fairly easy to get in great condition. Ford got better at rust protection in later years so almost rust free parts are around. 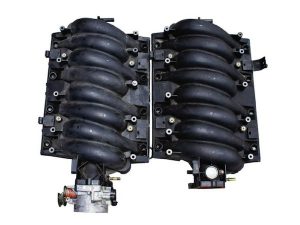