I decided to put together a fun bonus show to feature a few fun news items I’ve been holding onto (like the Kurt Busch’s Girlfriend Is an Assassin story), plus feature the Pro-Touring.com Update with Larry Callahan. As such, this show is a little more lax….and a whole lot of fun!

— Are Corvettes becoming the Pro-Touring car of choice?

— The RideTech 48 Hour Corvette will be hosted by Brandy Morrow Phillips and debuts March 10th, 2015

— Registration for the  MIDWESTMUSCLECARCHALLENGE.COM will open on May 29th, 2015

— Larry reveals his plans to attend a tire testing event for the BF Goodrich Comp-2 in Phoenix AZ, and he talks about his goal of building a Pro-Touring car as a test bed for all sorts of high tech goodies.

“As you may know, I am a committee member of the HRIA council within SEMA. One my my primary responsibilities on the committee is the Futures in Hot Rodding (FIHR) effort. What we are trying to accomplish with this effort is to make youth (primarily high school and college age) aware of opportunities within our industry. Not only as builders and designers, which they may see on television on the many shows out there but also as marketers, salespersons and any other support role that a small business might require. Along with those opportunities, we are promoting programs within SEMA for these individuals, such as the SEMA Show Student Program, the SEMA Memorial Scholarship Fund and Loan Forgiveness Program. You can view these efforts more here on our FIHR page: http://www.sema.org/futures.”

We’re proud to say that the segment is sponsored by the fantastic muscle car and hot rod wiring supplier, Ron Francis Wiring, and we’re very appreciative that they are our show sponsor! 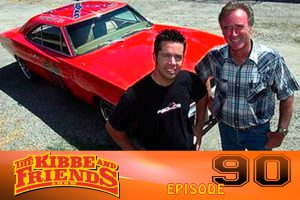 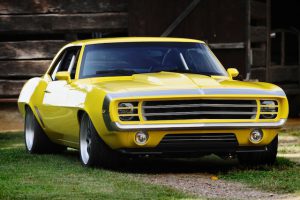 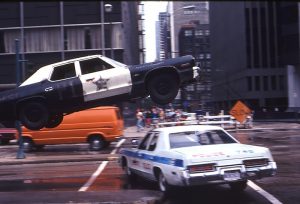