The MuscleCar Place Podcast – Episode #72 – Jeff Allison is Starting His Own Shop!

Our friends at COMP Cams are giving away a $50 Gift Certificate this week, and entry is free an easy!  To enter simply leave a comment below that you have completed one of the following actions.  To make it easy, all the necessary links are here and ready to go. Enter in as many ways as possible to improve your chances of winning!

Jeff Allison is the kind of guy that loves adventure. After taking engineering classes in college he realized quickly that sitting behind a desk was not going to cut it for him. He knew that he had a love for all things mechanical and that he liked adventure, so he started to take flying lessons and became hooked quickly. As you might guess, becoming a professional airline pilot, especially when you’re the one paying for the training, is no small feat. It takes a dedication similar to that of a someone getting a medical degree, except that the hope to make a nice salary comes years after the schooling has ended. Only people with a real passion for it need apply because it’s too much work otherwise! Jeff’s been flying professionally now for 20 years and has accomplished what a lot of pilots have tried and failed doing. Still, Jeff wants to do more, and after listening to this very podcast show he decided to pull the trigger on something he has always wanted to do; open his own shop and build cars professionally.

When I received the e-mail from Jeff stating he was starting his own shop, I was floored. He thanked me for the prodding to do it…….. and then he even offered to build my Chevelle at his shop as a thank you. If I could provide the parts, he’d take care of the labor and tools. I could not believe what I was reading.

I read his e-mail again, still stunned, and then I went into orbit. Alright! He’s going to chase his dream! He’s going to build my car! I can’t believe it! But then, as soon as I came down off of the ceiling, I began to instantly panic. Was he married? Was his wife on board? Did he quit his job? Does he have kids that are going to be eating Alpo now? Did I just put this guy in the poor house? We had a quick conversation on the phone to discuss all of these questions, and it turns out that his wife is completely on board. Also, he really has no intention to end his career as a pilot at all. His schedule allows him a great deal of flexibility so he plans to turn the massive shop he’s used to build cars for family and friends into one that’s for customers as well. Quite honestly, the situation couldn’t be more perfect!

Jeff has built many cars and engines over the years, and the cars his sons drive are further proof of his builder abilities. His older son drives a ’70 Firebird, and his younger will soon be driving a Pro-Touring style ’66 Impala that was a low-rider when Jeff bought it. It has a full array of Global West suspension components and Jeff did the LS swap himself. He’s tubbed cars for friends, built roll cages, fixed rust, and has genuinely done it all. Now he’s ready to take it to the next level.

His new business, Allison Customs, is located in the 4-corners area of Northern New Mexico. You can reach him online www.allisoncustomsonline.com. If you have a car project you’d like to discuss with Jeff, or you just would like to talk cars in general, give him a call. Also, if you’re someone dreaming of doing what Jeff is doing, listen to the interview and take some notes. He’s doing everything right and I hope he knocks it out of the park. Way to go, Jeff! And, if you’re curious, my Chevelle may just be the first project to roll out of Allison Customs. Stay tuned. 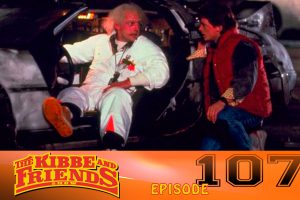