The MuscleCar Place Podcast – Episode #110 – Allison Customs’ Guide To the SEMA Show and an Update on the Chevelle!

This weeks podcast show guest is Jeff Allison, the owner of Allison Customs. He opened his restoration shop in January of 2011, and one of his big goals for the year was to attend the SEMA Show in Las Vegas for the first time as a business owner. In the interview Jeff described what it was like to go to the huge event, what kinds of cars and products he saw, and what kinds of people he met. Since he and his wife arrived at the show the day before it opened he had the chance to walk through the parking lots outside just to see the cars.

While there he saw a few hundred cool cars, ran into Chip Foose, and then called it a day to prepare for the show. He then spent the next three days walking the displays, and as Jeff described it he walked, walked, and walked some more! (He even joined the SEMA Organization and took advantage of their “members only” lounges to put his feet up for a bit.) He was impressed as ever with the cars and displays, and he walked away even more impressed with the personal connections he made with companies like Detroit Speed, Wilwood, and Classic Auto Air.

If Jeff had any recommendations to others that might attend for the first time it would be to come with great walking shoes and also with a plan. He came to the show needing to get information on a few specific tools but found that the SEMA Show is laid out by manufacturer, not by product type, so one must have a basic idea of which company makes the product that you’re trying to find. He was a little disappointed at the lack of displays by professional car builder shops, but admitted that was likely more of an expectation of his rather than a lack of something at the SEMA Show.

He did conclude that if any other business owner were ever even remotely interested in attending SEMA that they absolutely should, especially if they had an idea of a new product that they’d like to manufacture. Jeff found more manufacturing companies that could make widgets than he ever dreamed were possible and he was amazed at how many of them were there to drum up new business from people such as him.

Finally, we concluded the interview with an update on the progress of my Chevelle build which has been in progress at his shop since March. For full details (and pictures) be sure to read my latest post, Chevelle Build Update: The Body is on the Rotisserie and the DSE Suspension is Going on the Frame!

Thanks for the interview, Jeff! 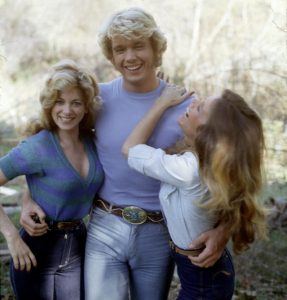