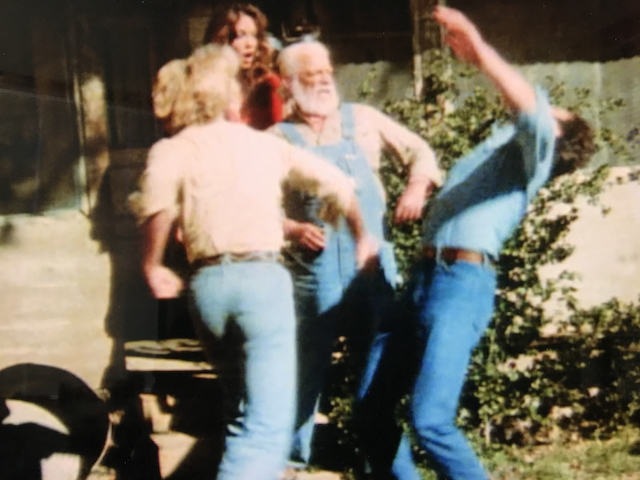 This is Part 1 of Carnival of Thrills, the biggest, scariest, most Bo vs. Luke fighting-est Dukes episode ever! Seriously, this episode is the one where an evil she-devil stunt show owner named Diane pits Bo vs. Luke, and Bo chooses her and jumping the General Lee over 32 cars over the family. The problem is…the she-devil is being outfoxed by the the first guy she snuggled up to to do the jump and he’ll make sure that Bo and the General both fail in a miserable ball of 4th of July fireworks (i.e. he’ll kill them). The episode ends with Luke calling Bo out, and the first haymaker is thrown. Oh, and the General is nearly killed. And Boss is up to something terrible. That too. Hijinks ensue.