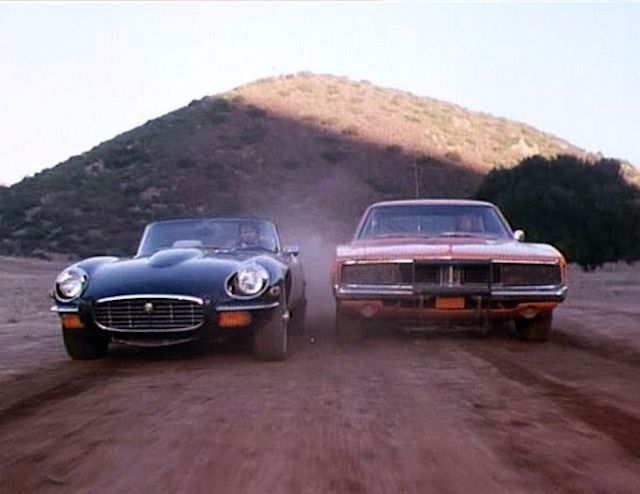 So, the primary phrase to remember before we go further regarding in this episode is that “it’s not incest.” OK? OK. So, a non-blood related 3rd cousin of the Dukes named Gaylord Duke comes to Hazzard to claim his inheritance on a chunk of land left to him by an old uncle. He’s an actual Duke too, making him Duke Gaylord Duke…which for some reason makes Daisy hear wedding bells and melt like Molly Ringwald over Jake in 16 Candles whenever she sees him. Again, not incest. Long story short, Boss wants the land himself to sell for a huge profit, the Dukes help Gaylord until they learn he’s actually a con-man, and the General gets dusted by a Jaguar…then later schools the Jag to put the universe back into balance. Again, not incest. Hijinks ensue.